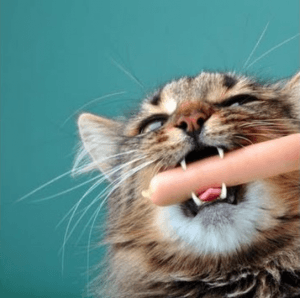 It’s a challenge for writers of erotica not to fall back into cliches. Erotics is about sex, of course, and there are only a limited number of words to describe the deed or intimate body parts. Before you know it, it becomes gross (dick, cunt), cliche (sausage, pussy), or medical (vagina, penis). Nevertheless, you can make your texts more interesting in general by using  synonyms.

Avoid repetitive use of the same words

As a writer, of any kind of texts, you can make your writing more interesting with a diversified vocabulary. When you have used a certain word a couple of times, try to find a synonym. Sometimes that is hard, especially when you are writing about a particular subject. Suppose you are writing about condoms. Your article can be very good, but if every sentence contains the word condom, it soon becomes to repetitive. You will have to find alternative descriptions or words for condom.

A guideline that is used for SEO (Search Engine Optimization) is that a focus keyword should not occur more often than 2%. This means that in a text of 100 words about condoms, the word condom should be used only 2 times. Although this is for another reason (search engines distrust sites that overuse certain search keywords, and they will punish that site by giving it a lower ranking), it is a good thing to keep in mind. More important however is that you should keep your reader interested. When a certain word returns too often, your reader will soon get tired of it.

Synonym dictionary, or not?

Writing is a craft. Every writer should of course have an exceptional vocabulary, don’t you think? Nothing could be further from the truth. A professional writer told me that he uses a synonym dictionary when he is looking for inspiration. Fortunately, in this time and age of the internet, also excellent online thesauri where you can search for words that mean the same. personally, I use this one.

I once wrote a text for a student paper, in which I replaced every word of my original text with a synonym from a dictionary. That became a hilarious and bombastic piece (which was exactly what I was after). But it thought me that you should be careful when you use synonyms.

So you have to be careful when you use ‘tricks’ like that. The replacement word you find must still fit in the context of your story and it must be a word that the reader probably knows. If you look up the word ‘fucking’ in a synonym list, you could find the word ‘cohabitate’. You could use that word in a conversation between two students English that describe their weekend on the school campus, but it would not be a word to use when the pizza delivery guy is seduced by a craving house wife.

Also, be careful that your synonym doesn’t have a slight difference in definition. You could call a rendezvous a meeting. But a rendezvous – especially in erotica – has a meaning of ‘come across someone who is meaningful’, someone that confuses you or that messes with your heart, as a matter of speech. A meeting is more of a formal get-together of multiple persons to discuss something.

A difficult one in this context is the verb ‘say’ in dialogues. When you describe a conversation, you may want to prevent using conjugations of the verb ‘say’ on the one hand. But on the other hand, synonyms like ‘sigh’, ; whisper’, shout’, ‘gasp’, ‘scream’ and ‘stammering’ can make your text very unlikely.

How someone says something and even who says something, should be clear from the words. More than ‘he says’ is therefor unnecessary. But to not make it all too boring, you should be very economical with that.

Except a related word that means exactly the same as the word you want to replace, you can also give a description. Now read that sentence again, to understand what I mean. Personally I think it is a shame when writers of erotica use the word salty to describe the taste of a vagina. Depending on the time of the month and her activities earlier that day, the taste of a vagina varies a lot.

Sometimes it is not wrong to use a word a couple of times in a row, when you want to emphasize something.

Jeanette disliked the word wiener. Who says wiener anyway? Wiener is for toddlers.

But when you notice that you have used a word a couple of times, and you think it is distracting, try to reconstruct your sentences. For example:

Erik sipped from his whiskey. It was a very expensive whiskey, but this particular brand of whiskey was his favorite brand. Besides, it was the best whiskey you could find in this city.

The word whiskey in this sentence can be replaced by a reference (it, who, whom, her, his) and category terms (liquer in stead of whiskey). That will give you something like:

Erik sipped from his drink. It was a very expensive whiskey, but this was his favorite brand. Besides, it was the best one you could find in this town.