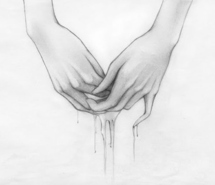 Tips for writing an opening line

The goal of an opening line is to make instantly clear where the reader ended up. I always compare it with the opening of a police series; it persistently starts with the crime scene.

Start with the throw of the rock, not with the run up to it

So, pay attention to:

“I had known Betty for a week. We screwed every night. The forecast was for storms.” [Opening of the movie Betty Blue, 37°2 le matin. OK, it starts with ‘I’, but it is simple and effective.]

“Cheryl’s mind turned like the vanes of a wind-powered turbine, chopping her sparrow-like thoughts into bloody pieces that fell onto a growing pile of forgotten memories.” [Sue Fondrie, winner of the worst opening line of 2011]

A story is not a report

A number of stories are like a technical description of the event: ‘First he did this. Then that. And later on also something else’.

The entries and my feedback

You can read all the entries for this round here. My feedback on the individual stories is in the comments below the entries. The results of this round can be found here.

Being a jury member for the Smut Marathon (2) – flash fiction

Writing tips: inspiration and standing out