When, just like me, you are interested in sex toys and sexual behavior of human beings, it is often interesting to see things in perspective. Many research into sexuality is done in the US and there they keep different opinions towrds sex than here in Europe, let alone in The Netherands. Nevertheless, some of these research papers are very interesting to read. A patent lawyer teamed up with a historian to research the history of sex toy patents. Their insight was fascinating.

When you look at patent applications, not only do you get a documented chronological view of technological developments. It also gives, as this research proves, look into social standards and values surrounding sexuality. 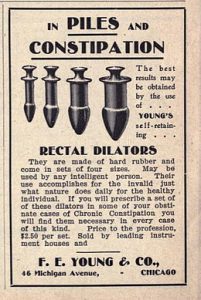 Researchers Maxine Lynn and Hallie Lieberman asked themselves when the first buttplug was patented. Much to their surprise, this device was not invented in the 1980s, but the patent dated back to 1892. The inventor was Frank E. Young from Ohio. Now consider that in those days, sodomy was prohibited by law and homosexuality was considered a disease. The patent application therefore didn’t mention that the device was meant for sex. In fact, he sold it as a a ‘rectal examination product’, to prevent hemorrhoids and constipation (sounds kinda logical) and as a product against asthma (!?). It would even help to avoid masturbation. The rationale behind this is lacking in the patent application though.

By looking at the patent applications, Lynn and Lieberman saw how moral was slowly changing over time in the American culture. While buttplugs started off as a medical instrument in the late 19th century, they were seen as a device for gay men only by the end of the 20th century. Only recently they have become accepted as sex toys for all genders and sexual preferences. The way they have been marketed, was according to what was socially accepted through the years.

The same applies to vibrators. They too were first offered as medical instruments in the 19th century. According to one of the first patents in 1902 from  J.B. Wantz, the vibrator was meant as a massage device for the entire body. Vibrators that followed all looked a bit like the Hitachi Magic Wand. They were meant for just about everything, from treating malaria arthritis. Contrary to popular believe, they have never been used against hysteria with women. This is just a persistent myth. They appeared not to work against most of the ailments, however, and so they were mostly soled to house wifes as domestic appliances, or to men to increase muscle strength. It took a long time before patent applications mention the use for sexual activities. 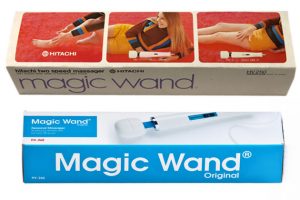 Consider that in 1969, the sexual revolution was evolving. Still, this cock ring, that had a kind of tongue to stimulate the clitoris, was not described as a device for female pleasure. It was meant as ‘a marital aid’ to prevent ‘social evil’ of ‘adultery, prostitution, divorce and sexual transmitted disease’. In other words, this device would improve your marriage.

In that same year, 1969, the Hitachi Magic Wand came to market. Hitachi has always denied its purpose for sex. Only when Betty Dodson promoted its alternative use, there was no denying.

In the 1970s there was a clear increase in openly mentioning of sexual use of vibrators in patent applications. Nevertheless – despite of the sexual revolution, free love and women’s rights – at the time applications stated the intend for marital use. A patent dated 1975 states that many marital problems arise from psychological problems and less from physical incompatibility. This vibrator should contribute to the believe of partners that by experiencing sexual pleasure from this device, there was nothing wrong with their physical condition. Frigid ladies and impotent men could experience that they could in fact experience sexual arousal and that problems all were just between the ears. 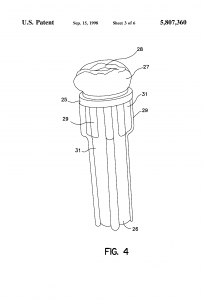 Only since the beginning of the 1980s, the sex toy industry started to let loose the hetero sexual values of marriage. And that was not because the Americans suddenly became more liberal towards sex. In contrary. It was about these years that a new disease came up, that fulfilled most Americans with terror: AIDS. And that was directly noticeable in patents, that started to suggest that sex toys could prevent the spread of this disease. Partners could satisfy themselves and each other without physical contact or the exchange of bodily fluids. This logic was used for some time (and sometimes still is).

Even when Steven Shubin applied for his patent for the device that we now know as Fleshlight, his ‘sleeve’ was first described as ‘an instrument to discretely collect sperm’.

Attention to orgasm inequality and LGBT 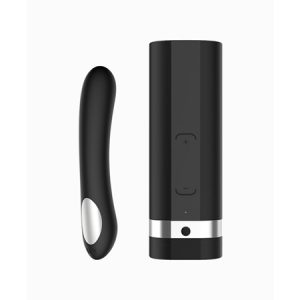 The rise of consumer technology also contribute to new ways of having sex on a distance. Where in the past, the telephone was the only technology to get into contact with your lover, now we can use ‘teledildonic’: wireless controlled sex toys. More and more advanced sex toys are being developed that can be controlled though smartphone apps or other internet technology. Sex with someone on the complete opposite part of the world has now become possible.

Everything you need to know about a cock ring (penis ring)

Cock rings with a butt plug: what are those and how to use them?

The complete guide to buying your first sex toy: