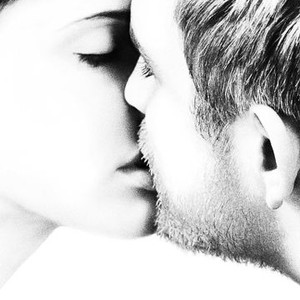 Women. They are beautiful but just so complex creatures. Much is expected from the. You have to be able to build their own future. That’s why you have to study, after which you have to fight hard for equality and a good career. All that, without losing your femininity.  Women have many facets and it it’s not easy to let them all shine. Dealing with your sexuality is a challenge in itself. Because if you exhibit it you’ll soon be besieged by men who see you as a prey and bury you under dick pics and inappropriate proposals.On the other hand, there’s no use in denying yourself your needs. For all women who ask themselves how they can be a good lover, here are my personal tips.

Due to social pressure and western upbringing, it seems that it is not done for a woman to admit that she enjoys having sex. But a good lover doesn’t just say ‘yes’, she also doesn’t hide how much she enjoys it. That may manifest itself in different ways. Just imagine that men are as insecure as you. For a man it can be very enjoyable if a woman takes the initiative and seduces him. Be active. It will have the advantage that things will go like you want them to.

Saying ‘yes’ also means that you are willing to experiment, and to find out (together) what it is that you really like. Be open for new things and don’t let yourself be scared by his dark side. Try to innovate and avoid that making love becomes a routine.

They say a man wants a princess in the kitchen and a slut in the bedroom. Although this is a very outdated thought, there is some truth in it. Of course you divide the household chores equally, After all, you too have your job and social life. But if it comes to sex, a man really enjoys seeing that you dare to let yourself go. Be active. Put on some sexy lingerie. Puch him back and straddle him. Move your hips, grab and kiss him wherever you can. Dare to make noises in bed, but don’t overdo it. It must be authentic and not some reenacted cheap porn.

Outside of the proverbial bedroom you can boost his manhood, by kissing him passionately in public, for example, or by implying in front of his best friend that you have a great sex life.

Being active and taking initiative also means that you are not afraid to tell give him instructions tactful and discreet. If you ever complained that your boyfriend doesn’t even now where the clitoris is, ask yourself what you have done to show him the way. It can be extremely sexy if you take his hands and carefully position it right, supported by you whispering and moaning “yeah, right there” in his ear.

Saying ‘yes’ doesn’t imply that you have to make his pleasure priority number one. Seks is not a duty, it is something that is enjoyed as much by all persons involved. So don’t be afraid to say ‘no’ and please do so as decisive as possible, so there can be no misunderstandings about it.

Women who accept everything and that execute all his demands slavishly are anything but hot, even when he has a fetish for submissive women. Sex is only hot if you like what it is you’re doing. A good lover is aware of what she likes and recognizes her boundaries. She knows what boundaries she is prepared to look for (or shift) and what hard boundaries can never be exceeded.

It is often said that a good lover loves oral sex, both giving and receiving. Nonsense, I say! A good lover knows what she likes and enjoys what she is doing. It is absolutely ridicules to give head when you are horrified by it. That would only be a major turnoff. You like oral sex? Great! But if you don’t, be very clear about it and do whatever it is that does turn you on.

In order to be able to say ‘yes’ or ‘no’ in time, it is crucial that you are comfortable in your own skin. A good lover is self conscious and feels sexy. She knows her good assets and knows how to show them. She also has a good sense of humor and is good at playing things in perspective. So when something doesn’t go entirely as planned, she knows decisively how to parry that with a smile. That way, her partner doesn’t feel awkward and the games can carry on.

There’s a human attached to that willy

Men are no robots. No machines you can switch ‘on’ when you need them, or ‘off’ when you’re done. Especially when you are in a long term relationship, or when he is getting a bit older, there is more to it than just ‘being there’ to get him turned on. Sex is associated with a hard erection for him and a (mutual) orgasm for the both of you.  But erections are not as obvious and – if you ask me – pretty overrated. Of course it is nice when he is really hard and for some positions it is even a necessity, more or less. But for him to become really hard, something must happen between his ears. A game of seduction is needed. Often appearing in sexy lingerie is much more exciting than just laying there naked like a starfish.

And when he has a hard on, it is next to impossible – without some pharmaceutical aid – to keep it that way for hours on. Get real. If he needs some rest in between, take it to another level. Let him spoil you with his mouth, lick champagne of his chest, perform a full body massage. That way the play will last longer and within minutes he will be aroused sufficiently.

Just like you, a man has his insecurities and feelings. That is of course nothing new. Yet, there are plenty of women that see sex as a bargaining chip (‘he wanted a whore in the sack, well, now he has one’). He did his chores? He deserves a blow job. Tok flowers home? He gets some tonight. Disappointed you? No sex for a week for him as a punishment! Sex is not a lollipop you give to a little child when he has been good and then take it away when he was bad. Sex is not some means for exchange in a battle of powers. A good lover doesn’t need that. For her, equality is something that is important, also when it comes to sex.

What makes a man a good lover?

4 things you can do to keep your sex life fresh

Tips for a quickie