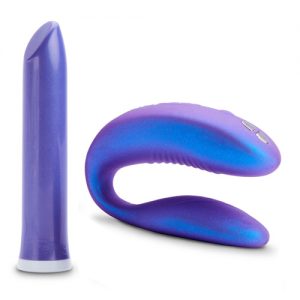 We Vibe has brought couples closer together for 10 years and to celebrate that they have now paired their two best vibrators in the We Vibe Anniversary Kit. The We Vibe Sync and the We Vibe Tango come together in a travelling case.