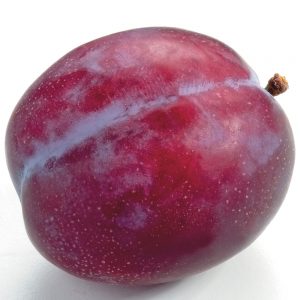 Our search for new ways to satisfy our partners is virtually infinite. Of course you are familiar with the obvious spots on each other’s bodies: nipples, genitalia (or more specific the glans and the clitoris) and the more advanced G-spot and P-spot. But there is more. Much more. Earlier, we told you about the frenulum and below we will tell you all there is to know about the raphe (pronounced as [reɪfi]).

What is the raphe?

A raphe is a line similar to a scar that occurs on the skin when two halves of an organ grow together. This happens for certain organs embryonic stage. You will find such line for instance on the tongue and the palate, the upper lip (filtrum). Sometimes, when this coalescence doesn’t go well, there might develop an cleft palate or a harelip (schizis).

Something similar happens with the genitals during the first nine or ten weeks of pregnancy. Male and female embryos develop the same in this phase. Both boys and girls grow some kind of small protrusion between the legs. This nub will grow into a penis for a boy and into labia for a girl. I will spare yu the medical details, but during this phase a line will occur for both sexes, that is sometimes not much more than a dark coloration but may also be slightly thicker.

There is a theory that says that the ‘rib’ from the biblical story about Adam and Eve is actually a false translation of the Hebrew euphemism for the penis bone and that the removal of it at Adam in Genesis is actually the biblical explanation of the absence of a penile bone with humans and as a result the development of the raphe as a scar. The raphe is also that little line that in Hebrew is used as a punctuation mark above some letters, to point out that they should be pronounced as a frictional sound.

The raphe as erogenous zone: color outside the lines

It is almost funny that there is hardly any description of the raphe as a possible erogenous zone. If the raphe is mentioned, there is almost never a reference to love making. Sometimes the raphe is referred to as the R-spot. In an isolated case the raphe is confused with the frenulum, or it is mentioned in the same breath with the perineum (perineal raphe).

Only a single sexologist pays attention to this characteristic line. And when they do, it is often done in conjunction with the scrotum only. For both men and women, however, the raphe is a part of the skin that matters during foreplay mostly. Contrary to for instance the frenulum, it is not likely that it will cause orgasm when you play with it.

Let the tip of your finger follow the line of the raphe, even before you start touching the ‘orgasm buttons’ (glans, frenulum, clitoris). Tease, be subtle, and gentle. For both men and women this is a certain way to generate a deep grunt. When you notice your partner gets turned on by touching the R-spot, try following the line with your tongue. Meanwhile, touch the scrotum (when your partner has one) or the outer labia (should your partner own some of those).

Try taking a large sip of warm tea or take an ice cube in your mouth when you lick and kiss the raphe. The warmth or cold will add a new level of sensation.