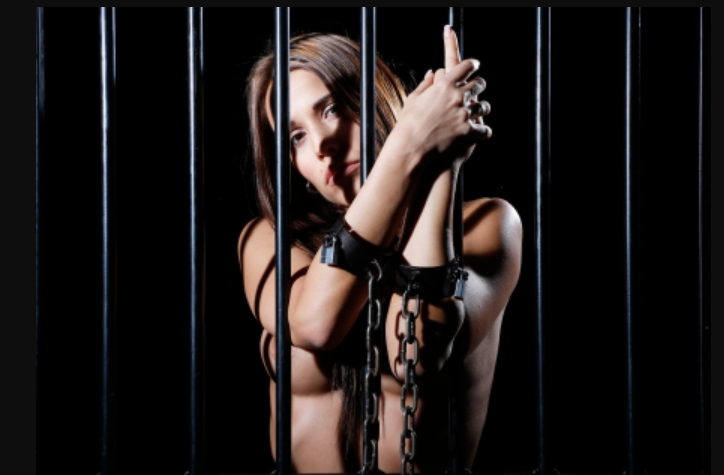 Role playing can brake the routine in the bedroom like noting else. It is exciting to act like you are a (fictional) character. Place yourself in a completely new setting and go for it. For example, by playing the prisoner and the officer

Why is it so exciting?

Yes, and the officer who has to guard or interrogate the prisoner is, of course, tightly dressed in a uniform. Whether that’s an army uniform, a police uniform, or just a tight three-piece suit (because secret service agent), I’ll leave that to your imagination.

Beforehand, think about the setting together. Why is the prisoner being held? What is the role of the officer? Is it about a prisoner of war or a terrorist in a Guantánamo Bay-like situation? Or a spy being interrogated by an agent of a highly secretive agency? Someone who was picked up at the airport and is now undergoing a physical examination, to see if there are no drugs hidden in any body orifices anywhere? Or just someone who has been speeding and is stuck in the police cell of a small farming town? Alternatively, you could both be prisoners and share a cell together.

A role-playing game with this theme quickly takes on a BDSM-like character, but you can make it as extreme as you like.

Find a space that most closely fits the experience of a cell. Perhaps you have an attic, shed, or basement that can pass as a cell. You can even cordon off a section of space with ribbon or tape on the floor to create an imaginary cell.

This role-playing game is exciting for people of all genders and orientations. You can even play it with more than two people.

As with so many role-playing games, it can help you get into your role better by proper use of “props. Good steel cuffs, a spreader bar, a gag, or a hogtie will ensure that you experience the captivity properly.

Also determine together what the limits are. What kind of “torture” is allowed and where is the absolute limit? With nipple clamps? Beating with a flogger or whip? Or do you go for sophisticated electro-torture? Also, don’t forget to agree on a safe-word.

Further, make sure the clothing fits the role you are playing. For the prisoner, an orange overall (OSTNB) or a striped T-shirt may suffice, for example.