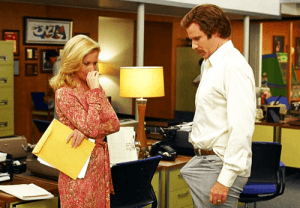 Our filter thoroughly trashes emails that offer drugs for the treatment of erectile dysfunction, because most of these offers are fishing or counterfeit. But have you never been just a bit curious about those wonder pills that promise a rock solid boner that lasts for hours? We did some research (and tried some of those pills).

Is a pill for erectile dysfunction anything for you?

These drugs were designed to treat men with erectile dysfunction (ED) so they can have a better sex life. These men are not capable of getting an erection, even if they are turned on. Of all men in the age of 65 or older, a quarter deals with this type of impotence. But also younger men can have a ‘refusenik’.  This can have both physical as psychological causes. Some men suffer from performance anxiety.  If you suffer from a form of erectile dysfunction (and not a one time refusenik), it’s best to see your doctor about it. Erection pills are only available from your pharmacist with a prescription from your physician. Most health insurances in the Netherlands don’t reimburse the costs. Some have supplementary insurance that do reimburse.

But also perfectly healthy men, that have no issue with getting a hard on, may use these erection pills recreational. Especially if you want to continue for a long time without a break and without the hustle. That explains the popularity among swingers, wappers and party go-ers, because some party drugs have as side effect that you can experience difficulties achieving an erection.

As with all drugs there are three kinds. First of all there is the original (specialty or branded) that was invented by the manufacturer and was brought to market as a branded drug. The first company that developed such a drug was Pfizer, one of the largest pharmaceutical companies in the world. Pfizer developed the successful Viagra. Other pharmaceutical companies followed. Eli Lily developed the alternative Cialis and Bayer had Levitra. These three treatments for erectile dysfunction are original branded specialty drugs.

These drugs are patented fr some years. That means that only the manufacturer has the right to market the drug in that particular composition. But others can manufacture so called generics in close agreement (and after paying a large sum of money), or after the patent has expired. A generic drug is therefor a legal medicine that has the same composition and production method as the original. Well known generics are Sildenafil and Kamagra. Generic drugs can deviate 25% of the original. This may cause a slight difference in the functioning of the drug. The patent on Viagra expired on 21st June 2013. This means that it is legal to trade in generics in the EU. Still, Viagra and all of its generics are only formally available by prescription. Still, it is quite easy to get your hands on Viagra and its generics from under the counter or through the internet. You must however be careful with the expiration date and counterfeit.

Because there are a lot of fakes out there. They come from dubious little companies in China and India. Research in the Netherlands by the consumer federation (Consumentenbond), the Ministry of Health and the Dutch institute for Public Health and the Environment (RIVM) pointed out that the ingredients of these counterfeit drugs can contain as much as anything from cocaine to printer ink. Or some of the ingredients can be wrong or in the wrong amounts. Best case it won’t harm you, but worst case they are darn right dangerous.

How do these erectile dysfunction drugs work

The components of these drugs are different, but the way they work is about the same for all treatments: they enable a better blood flow that will cause an erection for a couple of hours (Viagra, Levitra, Kamagra) up to 36 hours (Cialis).

A small kiss and ‘poing’ you’re ready to go…

The way these drugs work is different for everybody. Half of a pill may already be sufficient for a healthy man to have a big boner that will last for a couple of hours. The half life of Viagra and its generics is about 4 hours. That means that after 4 hours, the active substance is present in your body for 50%. This also means that it has completely been deteriorated by your body after 8 hours. But watch out: it remains a medicine. Even drugs for the treatment of erectile dysfunctions have side effects like palpitation, of change in blood pressure.  If you use other drugs against high blood pressure or if you experience a heart condition, it is wiser to consult your GP. And if you’d rather not take any drugs, there are also plenty of natural products available.

What do we think of it?

We put these drugs to the test and bought some Kamagra. Of course we did pay attention if it was the original product and not some counterfeit. Kamagra is manufactured by Ajanta and can be recognized by a hologram on the strip. Also you have to check the expiration date. Kamagra can be bought at nearly every sex shop from ‘under the counter’. Just ask. You do run the risk of paying triple the amount from when you buy it from the internet.

Our male subjects were all healthy and did not suffer from erectile dysfunction. They all took a half Kamagra.

M: “They say you must wait for an half hour to notice that it starts to work, but I believe I felt something growing in my pants much sooner.”

J: “I don’t know. I didn’t feel a thing. And also I can’t say my erection was any stronger than usual.”

S: “I also noticed an effect quite fast, but I also felt a bit dizzy in my head. That was odd.”

These three gents then had sex with their partners. This is what they said:

G: “Yeah, well, it’s clear that he was quite hard and it stayed that way. Normally I can notice that if we’re busy, he loses his hard-on, but now it kept hard during the entire session.”

E: “I do believe it was not what we expected. I didn’t notice a big difference.”

After the first ’round’ the couples took it to the next level.

M: “Great! After I came it became slightly flaccid, but because we just continued to make love, my erection soon got stronger again and I could just continue!”

G: “Really special. He came in me, but I noticed that he stayed hard, and we could continue without a break.”

J: “I don’t know. Yes, it got hard soon after, but if that was any sooner or different than normal?”

S: “What I liked the most was that it was much easier to put on a condom. Normally he gets flaccid when we do that, but not now. Not even the second time.”

And that brings us to the final judgement:

M: “I love it. Maybe not for every time, but if we really like to go at it for the entire night without a break, this is great stuff.”

G: “It’s nice, you know, but to be honest I don’t like the idea that he has a hard on caused by chemicals. I rather have him hard because of me. Id rather do a little more effort and pull some rabbits out of my hat to get him ready again, than have him get a hard on by some pill.”

E: “I agree with G. It is a delusion that men have to be ready all the time. It is much more exciting to seduce a man. And what if he is flaccid? We know how to handle that!”

J: “It didn’t do much for me. You don’t get turned on anyway and without being turned on the pill doesn’t do a thing, I think.”

B: “Yeah, right, S., it was fun for sure. Look, I like to be taken until I can’t take any more. Especially after a line of coke he has a bit more issues, but not with a half of ‘Kaa’. As far as I’m concerned, it goed in the standard equipment.”

3 thoughts on “The pros and cons of erectile dysfunction drugs”