You speak of a kink if there are unconventional sexual practices, fantasies or concepts. The word literally comes from a kink in a cable (a hitch) as if there is also a kink in your sexual behavior. Kinky sex is therefore a kind of opposite of vanilla sex.

The term kink is often used by people as a synonym for their sexual practices. That ranges from playful to fairly extreme fetishes. Anything that is out of the ordinary can be considered a kink. That also means that what one person thinks is kinky, can be considered completely normal by the other.

Fetishism has several meanings. Anthropology refers to fetishism when an object is assigned certain supernatural or divine powers. Fetishism is also a form in which sexual pleasure is experienced with certain objects or rituals. In fashion, fetishism is often used in an alternative fashion style derived from sexual fetishism, for example with rubber, latex or leather.

Fetishism focuses on a fixation for an object, an action, or a (non-sexual) part of the body. That object is then called the fetish. The person who has a fetish for such an object is called a fetishist. The fetish helps the fetishist get sexually aroused. Sometimes such a fetish goes so far that it is hardly possible for the fetishist to live a normal life. For a small number of people, there may even be a psycho social disorder.

B: The ‘B’ stands for Bondage and that is the collective term for limiting freedom of movement – for example by strapping – to get (sexually) excited.

S&M: ‘S&M’ stands for sadomasochism, or for sadism and masochism. Unlike D&S, S&M is all about inflicting physical pain. Often the sadist is also the dominant party, but that isn’t necessarily true. It may be that a dominant masochist orders his submissive to torment him. And sometimes there is no question of a power relationship at all. 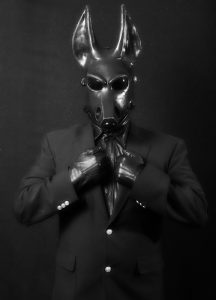 So, what is the difference?

Fetishes occur for very diverse objects and actions. Some fetishists get excited when they see someone sneeze, or for My Little Pony characters. Unfortunately, there are many prejudices about fetishism. For example, many people assume that a fetishist cannot have a normal relationship or enjoy ‘normal’ vanilla sex. Nevertheless, studies by the Kinsey Institute show that this is an incorrect assumption. Most fetishists can also enjoy sex without their fetish according to these studies, but they do enjoy sex more if their fetish is included. The research also shows that people with a fetish often have a relationship and sometimes share their fetish with their partner. So, contrary of popular belief, a fetish is by no means a substitute for intimacy with a partner. 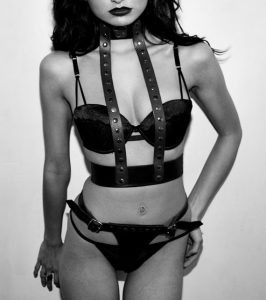 Do you have a fetish or a kink?

A lot of people, even people who consider themselves ‘vanilla’, have a fetish. For example, they get excited from a man in a suit, a woman in a nurse’s suit, a man in uniform, a woman in high heels, etc.

And why would you care about this semantic discussion? Enjoy sexuality in all its forms and the way you like it best.

Feel free to share your experience and your opinion below.