Penis rings come in many different types, sizes and materials. A good penis ring slightly pinches the blood flow of the penis, allowing for blood supply but less blood drainage. The result? A harder erection that lasts longer. Tenga – the Japanese company known for its innovative penis toys – recently launched a vibrating penis ring. Tenga sent one in exchange for an honest review.

What is the Tenga SVR?

You control the Tenga SVR with just 1 button. Each time you press it you go to the next setting. There are 5 settings with constant vibrations (from soft to strong) and 2 patterns.

Furthermore, the Tenga SVR is made of body-safe silicone. Despite the fact that the contacts of the charging point are visible, the SVR is still waterproof up to 1.5 meters. So you can safely use it in the shower or bath.

What I really like about Tenga and sister Iroha products, is that the packaging is neat and discreet. In the small cardboard box is a plastic holder that looks a bit like a lens case. It also comes with a USB charging cable and a manual.

Penis rings are tricky things. That is, I’ve written many reviews of penis rings and if there’s one thing I’ve learned from that, it’s that they differ tremendously from one another, despite the fact that they look very similar on the surface. I hear very often that people are frustrated after purchasing a penis ring. This often has to do with the fit on the one hand and the use during sex with a partner on the other. Often a ring is too tight, or just too big. Not flexible enough, or just too flexible. It can be awkward to put on (sometimes pubic hairs get tangled). I understand the frustration. But once you’ve used a penis ring a little more often, you start to appreciate them and you also know what to do and what not to do.

It is best to put a little water-based lubricant on the ring before you put it on. That way you can twist it a bit to position it correctly, depending on the positions you want to do. Turn it so that you can come against your partner’s clitoris. Then put it on the penis while it is not yet hard. Once the penis gets hard, the ring will get tight. This should still feel comfortable. If it doesn’t, take it off again as soon as possible.

With me, the Tenga SVR was just right; a little tight, but not too. As a result, it did what I expected it to do: the erection got harder than usual and stayed on for a long time. The operation is wonderfully simple. So far, nothing to complain about.

However, the Tenga SVR is a fun toy to just hold in your hand. You can put the ring on your fingers and then use it to massage your partner on all sensitive erogenous spots (nipples, clitoris, glans, perineum, etc.). Despite the fairly strong vibrations, the Tenga SVR barely makes a sound.

Because the Tenga SVR is waterproof, you can easily clean it under the tap. Recharging is very easy with the included USB cable.

After use you store the Tenga SVR in the supplied box. What is very strange, is that the charging cable does not fit in the box. You have to leave it somewhere else. Strange. Very strange.

The Tenga SVR is a very nice penis ring, which you can also use for massages (but say it yourself: you could basically do that with any penis ring, as long as you use your imagination). The ring doesn’t squeeze too hard, but it squeezes hard enough to keep the penis hard for a long time. I just don’t understand the term “smart”. After all, what’s so smart about this little device? Tenga’s site doesn’t explain it in more detail either.

The PROS of the Tenga SVR:

The Tenga SVR wasmade available by Tenga in exchange for an honest review. For now, the Tenga SVR is for sale at Tenga. The Tenga SVR Plus (with extra vibration paterns) is also available at Bol.com. 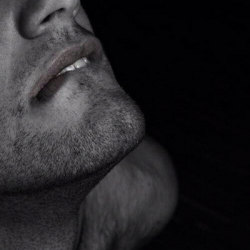