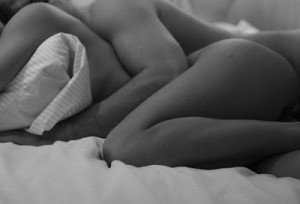 Different surveys (Esquire, Men’s Health, Cosmopolitan) show that this is about the top 10 of most favorable positions we love to have sex in:

Positions 1 to 4 together, are good for 90%. That means that these positions are favorite for almost 90% of all men and women. Only a meager 4% says they prefer spooning. And, well, that is a shame.

When spooning, mand and woman lay on their sides. Man behind woman. She tilts her pelvis and he penetrates her from behind. This position thanks its name on the way spoons are laying in the cutlery drawer. It has several benefits:

In short: it should be the favorite position for everybody!

The reason spooning scores so low, is because – like any other position – it has some disadvantages too.

4 tips to not limit sex to the bedroom

One thought on “Spooning: the underestimated position”