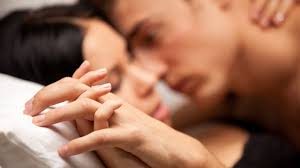 Vaginal and oral sex are still  most mentioned as sexual activities between men and women. The age at which teenagers start to have sex has hardly changed during the past decades. The most recent research shows that this is at about the age of 16.

The research was published in the Journal of Adolescent Health, shows that there is a shift in sexual activity, but it doesn’t tell us why. Additional research must be done to give more insights. The experts can only speculate. They think that people are less judgmental about experiments with sex.

Researcher Kaye Wellings says the changing sexual behavior fits in a ‘more open attitude’ of young people, as compared to previous generations. Her co-worker, Cynthia Graham of the  University of Southampton, says internet and media play a mayor part in this. “Internet gives people access to things they couldn’t see previously.”