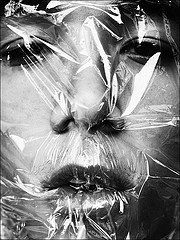 Question: “My girlfriend wants me to put my hand around her throat. Not only when we have sex, but also when we kiss. Is that normal?” 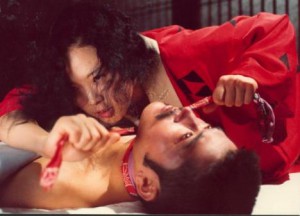 The kick that arises comes from blood that enters the brain with a decreased oxygen level. In reality, the ecstasy is a form of your body telling you that the brain is dying and that your body will stop if you don’t quit. But some people experience excitement due to the danger and total surrender to their partner.

The orgasm will only increase (if at all), when the brain really is out of oxygen. And that happens in the part of the brain that needs to decide ‘this is enough, it;s time to loosen the noose‘.  Exactly the lack of oxygen ensures that you will not be capable of making the right decision or to move. It is a matter of only seconds. And what are two seconds if you are just having an orgasm? Even an experienced partner can easily make a bad judgement and it will be too late to untie the victim.

If asphyxiation truly excites you, try talking about it, fantasizing about it, or act out a roll play. Your partner could hold her breath while you slightly hold her throat without force. Or you can try to find other acts in which she must be submissive.

But for God’s sake, do not try using stranglehold her, tighten a scarf, or reduce her breath. You will not be the first person to kill his partner and tragically ends up in jail.

“We have been doing this for years, so we know how far we can go”, she thought …