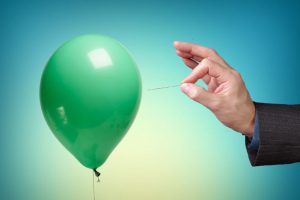 In our series ‘fucketlist‘ we treat sexual fantasies of men and women. A fucket list is something like a bucket list, but with regards to sexual activities. That means it contains sexual acts that someone wants to have experiences before they die. In this episode we discuss ‘deflowering’.

Defloration as the ultimate sexual act

From a certain age, people that are still a virgin, will start to fantasize about sex. They wonder how their first time will be. That is often awesome and wonderful, but also a bit terrifying. After all, you can only go through it once. That’s why you would want it to be special; a memory that you like to look back on. You can’t undo it, or turn back time.

Virginity is iconic. In human history, it happened that men fought until death, to win the virginity of a woman.

Being deflowered is something a lot of people don’t take lightly. And that is why for the person that is allowed to do it, it is a great honor and responsibility.

Why would you want to deflower a virgin?

For both men and women, the fantasy of deflowering someone can be very exciting and powerful. Sometimes, the fantasy derives from discontent of their own experience. Perhaps it was painful, or maybe there was some coercion. From that experience, there might come a wish to safeguard others for bad experiences. You could use your experience to make sure that the deflowering of others will go pleasant.

In the past, deflowering used to mean the hymen of a woman got teared. That idea is refuted by modern science. Now it is synonym for the first intercourse of both man and women.

There might also be an element of dominance and submission in it. The virgin is unknowing and inexperienced and – in this fantasy – is guided by a more skilled person. In fiction from the ’70s and ’80s, deflowering is often placed in a setting of coercion. In some stories there is implicit consent of the innocent virgin to be deflowered by the hero of the romantic story.

In a number of cultures, defloration is surrounded by rituals. Especially in cultures where defloration is set store by getting married as a virgin. Losing virginity is the transition of child to adult. Tribes in Malawi still have these ‘initiation rituals’. Often the (very young) girls are taken by adult women to nearby huts, where they are taught to clean, cook and have sex. The way this happens in Malawi is extremely despicable and traumatizing, but these creepy habits also exist  in other African countries. Deflowering sometimes happen just before the marital execution and is sometimes performed by a third party. The honeymoon at the Berbers in Northern Africa is often consumed in groups. And with the Swahili it is not unusual that a helper joins the couple in their honeymoon to give directions. In Uganda that is often the mother in law, who ‘tests’ the potency of the son in law. But also in Polynesia, Tonga and Papua New Guinea these similar rituals occur.

No matter how despicable these rituals may seem, they do capture our imagination; an older and experienced person, that initiate a virgin into the practices and train them to become a good sex partner. This may well be the start of a role playing game, in which both partners consent into reenacting some kind of initiation ritual.

Mostly, the fantasy of defloration is much less extreme, though. It’s all about the idea of ‘being the first’. Quite regularly you may find women auctioning their virginity on the internet. Romanian Aleexandra Khefren sold hers for €1,7 million to a businessman. And she was not the only one.

It could also be a fantasy to reenact your defloration. Because, if you would have known then, what you do know now, losing your virginity might have been so much more fun. This makes reliving this event a powerful and popular fantasy.

But also the power of ushering someones first time is a dashing sexy thought, in which the virginal partner will have the experience of a lifetime and you will be the sex hero that will always be engraved in your partner’s memory.