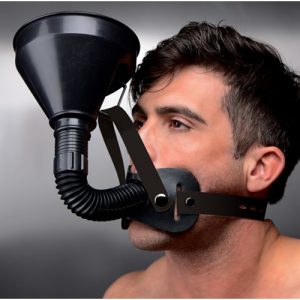 For most people, exchanging bodily fluids during sex is just collateral damage. But there are some, that make it a true fetish. In some sex shops you can find different products especially for those who think these activities are a highlight, more than a side effect. And if you have interest in this kind of play, it is important to know how to do it safe.

What is Bodily Fluid Play?

When two people are in an exclusive relationship and have agreed to exchange bodily fluids only between each other (and agreed to have unprotected sex, without condoms or any other barrier), this is also called ‘fluid bonded’. But this fetish goed beyond that. For these people it is all about worshiping, receiving, or consuming the bodily fluids of their partner. It is the ultimate and profound love declaration. It can manifest itself in different ways. One will see it as dominance or submission, but it can also be a big turn on because of the taboo.

You can exchange different bodily fluids, like sperm, urine, vaginal secretion, saliva, menstrual blood, lactation, tears and even vomit. The most common is a fetish for sperm, urine and vaginal fluids, though.

The most important thing you must know with this fetish, is which fluids will have a risk in contracting an STI. Bacterial and viral infections (gonorrhea, syphilis, chlamydia, HPV, HIV, herpes) can be transmitted through pre-cum, sperm, vaginal secretion and blood. HIV can also be transmitted through breast milk. This makes this fetish not without risks. That’s why it is important that you and your partner are tested and are free from any STIs.

Others are turned on when w woman squirts. But also the scent of vaginal secretion is enough to get some people go crazy.

Nipple jewelry and nipple clamps; everything you need to know