This guest blog about whips was written by VioletPanther.

You may have an image of slaves or criminals being beaten with bloody backs. That is also possible with a whip, indeed. But is it ‘fun’ or safe?

First, a bit about the technique and why you can hit so hard with a whip, much harder than with just your hand.

Most whips are constructed like this: at the handle the whip is thicker and heavy. It often even contains a metal core of lead or steel balls, the ‘shot‘. Towards the end a whip gradually becomes thinner and thinner. Long whips first end in a ‘fall‘; the thinnest piece of the fabric and then also a loose string, the ‘crack‘.

Due to the law of conservation of energy, the movement you make in the heavy part transfers to the lighter part. A heavy thing with a little speed has just as much energy as a light thing with a lot of speed.

So if you swing the handle, the thinner part will move faster. And the thinnest part then moves faster than sound, and even goes through the sound barrier: BANG!

Now we immediately know how to use a whip; you move your hand away from you with a wavy, smooth motion and the rest of the whip follows. If you suddenly withdraw your hand … brace yourself! You can get the whip in your face or slap yourself ugly on your own hand. I beat myself a blood lip once.

The longer the whip, the more difficult to handle. A ‘single tail’ can be one meter and you can swing it a bit in your bedroom. A ‘stock whip’ (starting with a sturdy rigid handle) can easily be 2 or 3 meters long. Those are not beginner toys and you should first try to hit some weeds carefully outside. Or looking for a workshop somewhere.

The best position for the person who wants to be hit is standing upright, arms up / hands folded on the head. So the chance that you will be hit in the face is minimal.

What many people find very sensual is’ wrapping; you do not slap with the end of the whip, but leave at least a third of the length around someone. In this way you are, as it were, ’embraced’ by the whip, and you slowly withdraw it.

The more you hit with the tip of the whip, the more violent it is; all energy is concentrated in a tiny piece. Beware, you can easily smash someone’s skin.

A normally dressed person (jeans, shirt) will still get stripes through the clothing with a somewhat heavier whip (for example 2 meters) and a bit of force.

Everything you can dream of, of course. Famous whip makers, can easily ask 500 euros for a whip with a delivery time of 3 months. You can also buy a whip for a few euros at a Chinese web store. Where are the differences?

Some things are a matter of taste; the length should be ‘handy’ or ‘impressive’. The color is personal. But a whip that you can control and dose well is smooth, even and balanced.

Leather is the best material. Cowhide leather is cheap but somewhat irregular. Kangaroo leather is the strongest and tough, but expensive. Deer skin is also used.

Editor’s note: When using a whip, not all body parts are equally suitable. Use the following ‘map’ of the human body to determine which parts are safe and which are not.

Are you looking for a whip? Take a look at the NBRPlaza shop. 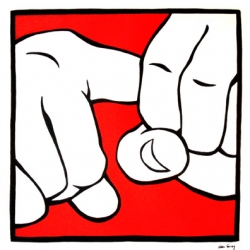 Ho to use a feather tickler