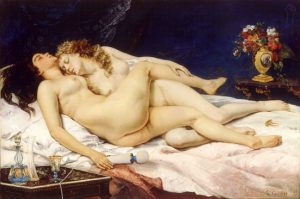 Wand vibrators: what is it (and some history)

In 1968 the Hitachi Magic Wand was born. The Magic Wand was initially sold at pharmacies and department stores as a massager – you know, for sore muscles – until a Betty Dotson started to give masturbation courses for women in 1974. With this device she taught women how to enjoy their own orgasm. She was so successful that it caused a boost in the sales of the Hitachi Magic Wand. Even so successful that the machine was almost solely sold as a sex toy. Hitachi however, doesn’t want to be associated with the sex industry, and decided to take away their name of the packaging. Since then, the device is being sold as Magic Wand, or (on the east side of the ocean) as Europe Magic Wand.

It’s great success is an inspiration for other manufacturers. The first ‘fake’ wand vibrators don’t compare with the original. They just don’t have the power, or the deep intense buzz of the Hitachi. That soon changes. Especially the last two or three years, manufacturers of high end sex toys have managed to create wand vibrators that are equally as good, or perhaps even better than the original.

Meanwhile there is a large range of toys available in the category ‘wand vibrators’, that differ in size, color, adopters and accessoires, vibration patterns, power source, applications and – not unimportant – price. Which makes it more difficult to make a choice.

In order to get that famous deep vibration, a wand vibrator usually has a huge electric motor. And to power that motor, many wand vibrators are main powered. That means that you can only operate them when the cord is plugged in. The advantage of that is that you will always have enough power and that you can go on for hours (if you have the stamina). The disadvantage obviously is that you are limited in where you use it (you must be near an outlet) and in your movements (the cord can get in the way and you can’t use it near water). That is why there are more and more wand vibrators that are rechargeable. No cord, but enough power, but not the stamina. The choice is yours.

For external use only?

Next, there are wand vibrators that can be used in two ways: the handle can be used to be inserted, like wit the Sway Vibes and the Vive Shiatsu. If you like penetration and deep buzzy vibrations, you may want to consider a wand vibration with dual usage, or one that has different adopters.

On the other hand, some of the bigger ones aren’t as powerful as the original either …

Our personal favorites are the Doxy #3 (read all about it) and the LELO Smart Wand (for its looks and power).

Always (always? Yes, always) use lube. Make sure you use a lube that goes with the material of the head of your wand. Not all lubes are fit for silicone toys. Water based lube is always a safe choice.

Always (always? Yes, always) start on the lowest power position. Slowly increase the settings. For many people, the maximal position is way to intens, so it may well be that you will never even use that max setting. Well, maybe for your sore shoulders. Perhaps then.

Look at our complete assortment of wand vibrators in our shop.

Why everyone should have a blindfold