Both men and women find it most pleasurable to do it ‘doggy style’. Their second favorite is positions with women on top. That is the result from research among readers of NBRplaza.

Between April 24th until May 18th, 2018, visitors of NBRplaza had the opportunity to take part in an online survey in which they could point out what sex position was most and least favorite and why. There where 100 respondents, of which about two-third was male (68%) and one third female (32%). 92% of the respondents was heterosexual. The average age was 42,3 yo.

We don’t claim that this sample is representative (it isn’t), but that doesn’t make the results less interesting to share.

All respondents were presented with the next pictures of sex positions:

Almost all of these positions have been tried out at some time by the respondents; 92% to 96% have tried missionary, spooning, doggy style, 69, or cowgirl. Reversed cowgirl has been performed by 80% and scissors by 54%.

The most favorite position by far is ‘doggy style’ (38%). This is most favorite for 50% of the women and 32% of the men. In second place comes ‘amazone’, that is just slightly more popular for men (26%) then women (19%). Striking is that missionariy position is in third place with both men (12%) and women (19%), even higher than spooning (12% men, 6% women). Also striking is that position 69 and reversed cowgirl is not mentioned as most favorite by any of the female respondents.

Subsequently we asked the respondents why they chose their favorite position: 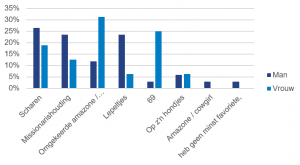 Respondents have been asked what their least favorite position is. Interesting enough, opinions vary between men and women. For men, scissoring (26%), missionary (24%) and spooning (24%) are least favorite. For women these are reversed cowgirl (31%), 69 (25%) and scissoring (19%).

These positions are all least favorite, because they give bad clitoral stimulation, or are tiring and burdening. 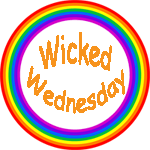 Results of the big NBRplaza Oral Sex Survey: Men and women don’t think alike when it comes to oral sex

2 thoughts on “Doggy style by far most favorite position”