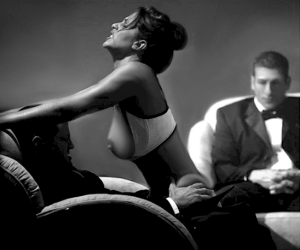 Years ago, we placed cuckolding in our Dutch top 10 of the most bizarre fetishes. But now we have seen so many fetishes, and we are not easily surprised anymore. In fact, everyone has his own fetish. Therefore, it is time to take a closer look at what cuckolding really is all about.

Cockolding: what is it actually?

Cuckolding is a form of sadomasochism (SM) that gives the female more liberties than the man. Of course, there are different gradations. There are couples that visit clubs, where he is supposed to watch as his wife has sex with other men. But there are also couples that take it much further. In extreme cases the role of the husband is reduced to some kind of ‘pet’ or forced (bisexual) slave, while the woman has a newer other man, with whom she does have sex and sometimes even has children with as part of the humiliation of the (chronological) first husband. 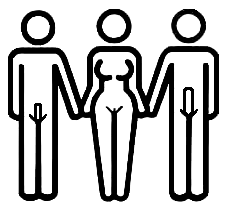 The Cuck, the Bull and the Hotwife

The bull can be a random person as an addition to the relationship, but it can also be a regular bull, or even a complete herd of bulls. The humiliation of the cuck usually comes from the different in size of the penis of the bull and the cuck. The bull is a kind of a hired stallion, just like you can hire a stallion horse to fertilize a mare for breeding.

So, what is wrong with cuckolding?

A condom is often seen as a ‘mood killer’. Putting on a condom is an unwanted interruption of the game. Unless it is made part of the game. For instance when she is able to put on the condom with her mouth!

One thought on “Cuckolding: Everything you need to know, and more”