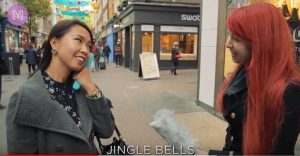 MysteryVibe now asks Crescendo-users to share their favorite Christmas vibrations with hashtag #ChristmasIsComing. Crescendo is the first of a series of luxurious products developed by MysteryVibe to promote a healthy sex life. You can download the app in the Apple App Store and at Google Play.

If you don’t own a Crescendo of MysteryVive, you can order it >>>here<<<