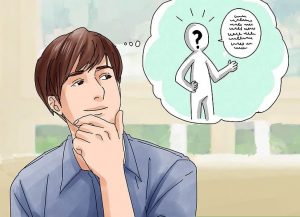 ‘Imperfect’ is placed between quotation marks, because the contestants could determine how to interpret that. It should however be clear that the persona didn’t had everything going for them. The organisation also told the contestants that the reader was supposed to get to know the character in maximum 200 words and that the readers should have a clear image of the persona after reading the sketch.

This round, 39 writers participated. They received points from a jury and from the public. This leads to a ranking list. After the next round, only the top-30 will continue. Unfortunately, some authors withdraw from the contest.

Tips for writing a character sketch

A character sketch is a way to introduce a persona to the reader.You want the reader to get a clear image in its head: how the persona talks, how it does things and why. It should be a snapshot that is representative for the persona. For a good character sketch you need to reveil the details carefully and you must plan what emotion you would like them to bring into effect, without giving away too much. The rader must be able to draw its own conclusions.

Many authors create character sketches that will not get published, just as a preparation for the story. They do that for themselves to deepen the motivation of acting of their personas. What are their fears, what is he after? This helps to determine what their persona would do in a specific situation. Do research. Look for descriptions of people with the same profession or background.

But also in your story, you can delicately introduce your persona. If you want a good example, look at The Shawshank Redemption and pay attention to how ‘Red’ (Morgan Freeman) introduces the persona Andy Dufresne to the audience. In the movie, this is done with a voice over, that made Morgan Freeman’s voice instantly famous. Here are some quotes from the movie, voiced by Red:

The way in which the author of the book Rita Hayworth and The Shawshamk Redemption (Steven King) introduces the persona of Andy Dufresne to the reader, is by letting someone else describe him. This is just one way of making a character sketch. Another, much used way, is to describe an encounter between the narrator and the main character. This rendezvous must be representative for the actions of the persona. You can also describe facial expressions, the manner of speaking or moving, the way your character dresses and certain little mannerisms, that are typical for your persona.

The perfection of imperfection

Nobody’s perfect. And that is what makes us all unique and interesting. Our imperfections tell a story of who we are, what motivates us or makes us insecure and how we behave. Those imperfections can be of different nature:

Imperfections can make your persona more interesting, but that won’t happen by itself. They only do so when they are important for the plot and for the behavior of the persona. Don’t just describe the imperfections, but show how the personas in your story react to that.

Being a jury member for the Smut Marathon (2) – flash fiction