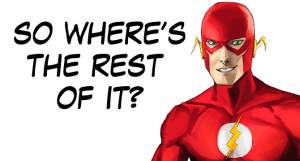 Last month the Smut Marathon started. It is the English version of the Dutch writing marathon that was organized by EWA Nederland annually between 2014 and 2017. I am extremely honored that I am now one of the jury members for this Smut Marathon. After each voting round, I would like to take you onto a journey in the world of a jury member.

Assignment 2: Write a flash fiction story containing a metaphor from round 1

In the first round, all authors had to write one sentence that contained a metaphor. In this second round the assignment was to use a metaphor of one of the other contestants and use that in a piece of flash fiction. Of the 75 authors that started with round 1, only 62 were left for round 2. As a jury member it is a huge task to judge all these stories, so I guess it is only natural you start paying attention to those that stand out in a positive way.

Flash fiction is a genre that is not clearly defined. According to many, flash fiction is a fictional story of extreme brevity that still offers character and plot development. Some say flash fiction is defined by the number of words. Well known examples are six word stories. But there are also people who say flash fiction may contain up to 55 words, or even as much as 300 to 1,000. The term ‘flash fiction’ is derived from the title of of a homonymous collection of stories that was published in 1992. That book contained 72 flash fiction stories af 250 to 750 words.

Personally I believe that the best flash fiction stories hint or imply a larger story, with multiple layers. The example ‘I looked in my rearview mirror and saw the village burning‘ has a larger story hidden in it. You wonder what happened, what the role of the driver is, and how the story continues. In flash fiction it’s all about these implicit layers. That is extremely difficult, especially when you have to use someone else’s metaphor.

How to write good flash fiction

There is no formula to a good story. Otherwise we’d all be successful bestseller authors. But if you’d have to write an extremely short story, there are some tips I can give you:

The stories and my feedback

You can read all entries here. My feedback is below the entries in the comments. What you will also notice, is that my points differ from those of the other jury members. That has everything to do with the fact that being a jury member is a matter of interpretation and taste.