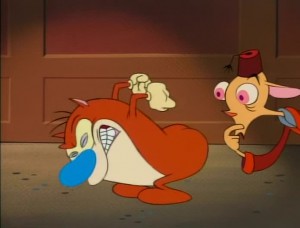 Licking your partner’s anus can be a wonderful enhancement to your sex life. Especially if you include the back entrance in your oral indulgence of the front. In both men and women, the anus is a source of nerve endings and as a result, some people love to be stimulated there.

Yet, again, it is not so sensitive that licking the anus alone will bring you to orgasm. At least, I don’t. But that doesn’t take away from the fact that it can be nice, in the same sense that kissing and caressing can be nice.

Now there’s no arguing about taste, but I’m going to take a stab at saying something about the taste of the anus anyway. The funny thing is that the taste of a vagina or of semen is strongly influenced by various factors, such as what you have eaten, whether you smoke and what medicines you take. With the anus, this is not the case.

It is a huge misconception that a butt hole literally tastes like shit. In that regard, I have good news for you. A clean anus, because I do mean the poop hole of someone who is somewhat clean in his or her own right, has a fairly consistent taste.

If you ask me what the anus tastes like, I would say that at first it has a slightly bitter taste, somewhat like the taste of cinnamon powder or a copper coin. But that taste disappears pretty quickly and then it tastes like any piece of skin.

So there is really no reason not to give it a try, if the idea seems appealing to you.

Cuckolding: Everything you need to know, and more

One thought on “Analingus – or, the myth that the anus tastes like poop”