Submission: What is it?

Submission is not a form of weakness or passiveness. A submissive is not doormat. Many submissives are intelligent and strong personalities, that sometimes have responsible day jobs, but feel the desire every now and then to give up control. For a dominant,it is a much greater challenge to dominate a strong person, rather than a passive one.

Someone who is submissive or has submissive feelings, may have the need to pleasure the dominant by doing what it is he or she desires of the submissive. This could be both sexual as non-sexual activities. So it doesn’t necessarily need to be only about bondage, spanking, flogging, or sex. A submissive might just as well perform chores or escorting the dominant during a getaway. 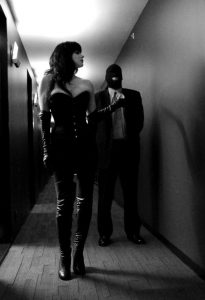 Not everyone means the same when they use the word submission. In ‘Lesbian S/M safety manual’ by Diane Vera (1988), she describes 9 levels of submission. Others sometimes use 8 or even 10 different levels. The number is not very important. Mainly, you need to understand that there are differences in the way different persons experience submission.

The first, least strict level, is the one where the person has no need to be subservient, or being humiliated. People who are into this level of submission, often love rough sex and the less ordinary sexual acts like spanking, (light) bondage, blind folds, (mild) pain for instance caused by nipple clams, etc.. They do so without giving up control. The focus is on their own (physical) needs and not so much that of the other.

This person will never be slavish, but can enjoy a role playing game, like ‘teacher – student’, age play, (forced) cross dressing, etc.. This person would have nothing to do with being subservient, but can enjoy (played) humiliation. Often, these persons are totally in control.

Someone in this level enjoys playing slave or submissive. The feeling of ‘being used’ and surrender to the sadistic traits of the partner is a huge turn on for these persons. This may involve serving the dominant, but completely to their own conditions. Often these persons have some kind of fetish (for example a foot fetish).

This is someone who dares to give control out of hands, even if it is ‘just’ temporarily or within certain limitations. The arousal comes from more than just being subservient or being used. Usually the turn on comes from the tension, vulnerability, or giving up responsibilities. They only determine the broad lines of what is or what is not allowed to happen, but are basically out for their own (physical) satisfaction. 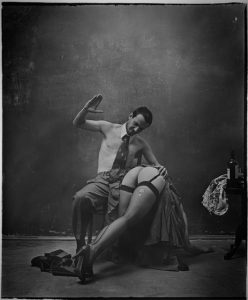